The return of sports for India has meant one thing: cricket! This year’s epic Indian Premier League tournament (IPL) spanned 53 days, featuring eight teams and a selection of international cricketers playing 60 matches in the T20 format of cricket — the shortest format of cricket where each team is limited to a single innings of 20 overs — in a bio-bubble in the United Arab Emirates.

This year, given the requirement for social distancing, operating within a bubble, and embracing the “new normal,” it’s Twitter which has been the roar of the cricket pitch. On November 10, 2020, cricket fans worldwide watched the final of the cricket tournament, cheering on the defending champions Mumbai Indians and Delhi Capitals, with the Mumbai Indians emerging as the five-time champions.

Star Sports Tamil, Star Sports Kannada, and Star Sports Telugu took to Twitter this year with a significant content activation across Tamil, Kannada, and Telugu languages, looking to surprise and delight fans, who couldn’t be physically present to cheer on their teams. “This year’s IPL posed multiple challenges when it came to fan engagement, and we are happy to have worked closely with Twitter India’s team to drive innovative collaborations,” says Sanjog Gupta, head of sports for Star India. Star India’s approach included tapping into key Twitter features, as well as experimenting with new products, such as voice Tweets and Fleets. Here’s how they did it.

For Indians on Twitter, it’s not uncommon to be Tweeting in multiple languages — some people Tweet in one language, and read and engage with Tweets in their mother tongue, with considerable linguistic pride.

Fun fact: Here are the most Tweeted-about teams this year:

“At Star Sports, regionalization of content has been one of our core building blocks of growth. We have always created opportunities to deepen our relationship with sports fans as well as engage with new viewers,” Gupta says. “Over the last two years, through our regional sports network and its corresponding digital handles, we have managed to engage fans and viewers in their preferred language.” According to Gupta, “Our efforts in the southern markets have borne fruit as we have achieved 28% growth in viewership for Dream11 IPL 2020 over last year.”

It’s easier than ever to go live on Twitter, and Star Sports made a point of featuring its on-air talent for #OnlyOnTwitter live shows, featuring superfans and superstars alike. Nothing unites fans in the south as much as cricket and entertainment, and the broadcast on the day of the final featured superstar actor Suriya. Across Star Sports’ regional handles, these combined live streams generated over 500K views. 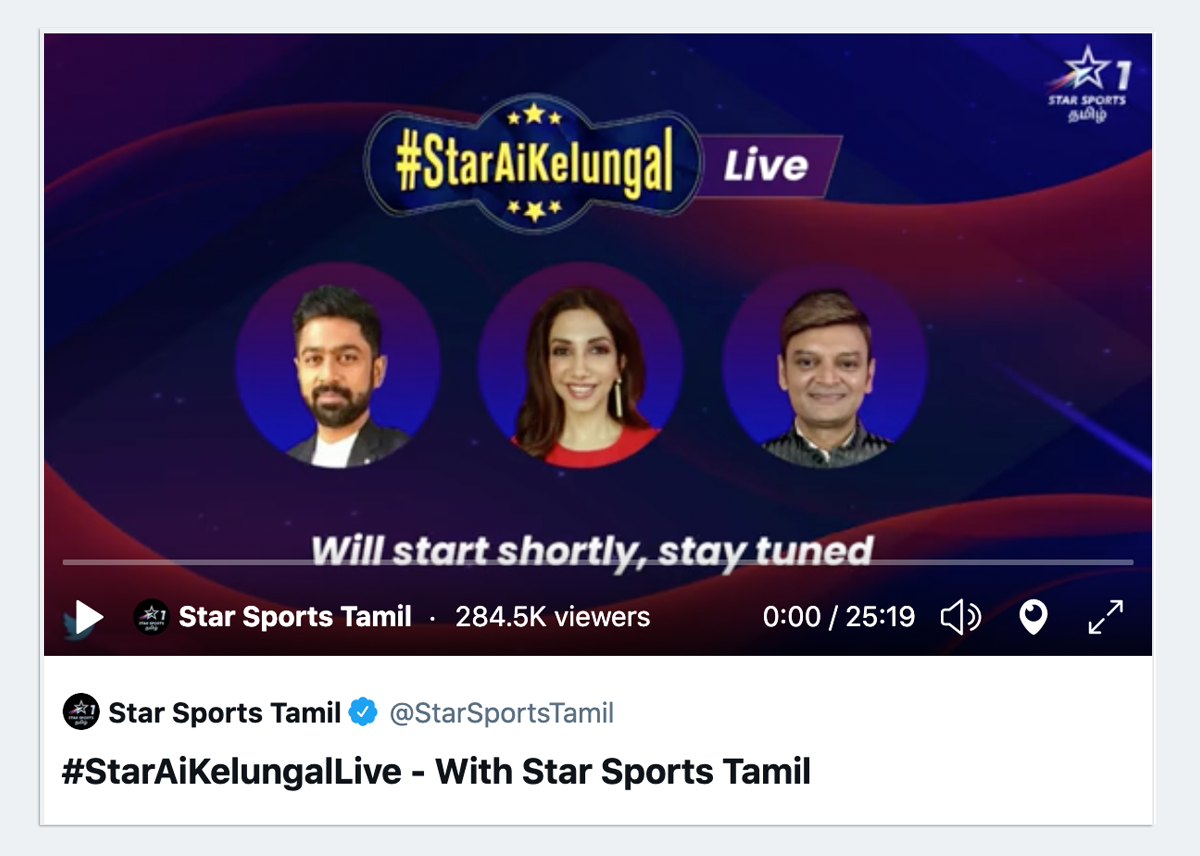 India was one of the first markets to have Fleets roll out experimentally earlier this year, and publishers across the spectrum, from news to entertainment to sports, have taken to the ephemeral content on Twitter with aplomb.“Twitter’s latest features — Fleets, voice Tweets, and watch parties — in local languages were well received and helped fans engage more deeply with the tournament broadcast,” says Gupta.

Star Sports Kannada has been making the most of Fleets to connect with fans. For example, the “Rise Of Virat Kohli” was Star Sports Kannada’s theme, with a throwback photo of the Indian cricket team and RCB’s superstar captain, on his birthday. One of India’s most popular players, Kohli was the most Tweeted-about player in this edition of the tournament. 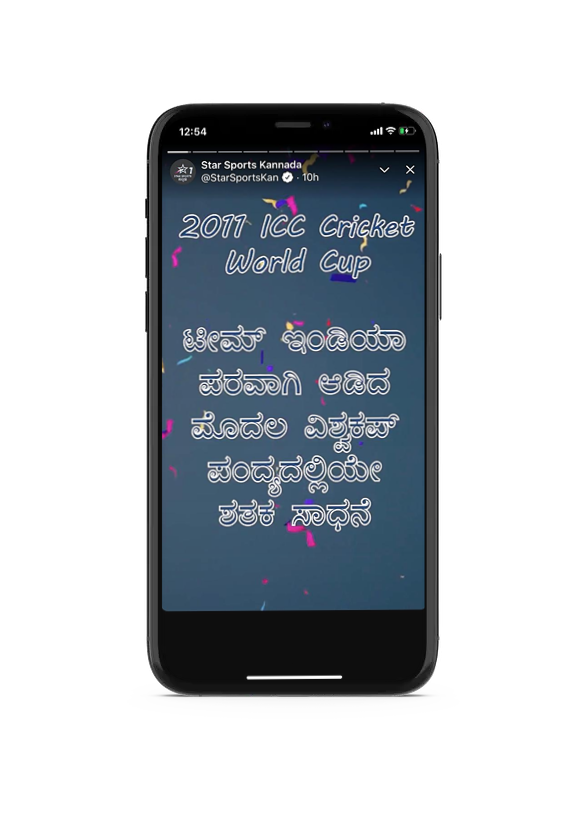 Voice Tweets are part of a Twitter experiment that allow people with iOS devices to Tweet audio messages. The Star Sports team used voice Tweets to connect with viewers before key matches during the tournament. One of the fan favorites was team Chennai Super Kings, who used voice Tweets on a key match day before the action kicked off to build pre-match tune-ins from fans and viewers, as well as to showcase celebrity superfans for an interactive fun  conversation.

Star Sports tapped into Twitter’s audience engagement throughout the cricket season, choosing the best features to suit the content and keeping cricket fans at the heart of their activations.

“It’s true that in India, regardless of the language you speak, fans speak the universal language of cricket,” says Amrita Tripathi from Twitter’s Global Content Partnerships team. “It’s been great to see one of the most popular sports broadcasters delight and surprise fans on Twitter with live activations, featuring on-air talent and super fans. Audiences have been watching the excitement unfold as it can #OnlyOnTwitter.”